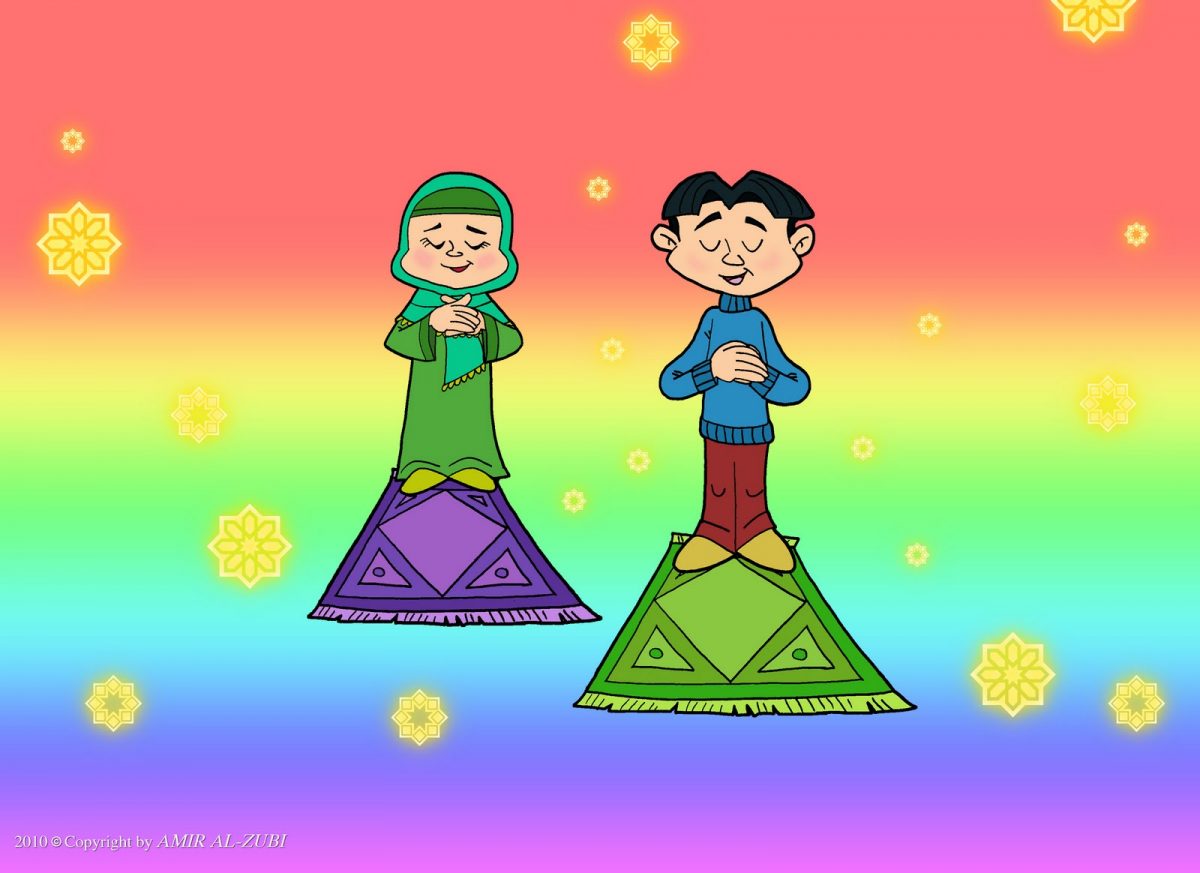 I said, “O Allah’s Apostle! Shall I get a reward (in the Hereafter) if I spend on the children
of Abu Salama and do not leave them like this and like this (i.e., poor) but treat them like
my children?” The Prophet said, “Yes, you will be rewarded for that which you will spend
on them.”

The Prophet (peace be upon him) said, “He is not of us who does not have mercy on
young children, nor honor the elderly”

The Prophet (peace be upon him) said: If anyone has a female child, and does not bury her
alive, or slight her, or prefer his children (i.e. the male ones) to her, Allah will bring him
into Paradise. Uthman did not mention “male children”.

AbuHassan said to AbuHurayrah: My two children had died. Would you narrate to me
anything from Allah’s Apostle (peace be upon him) a hadith which would soothe our
hearts in our bereavements? He said: Yes. Small children are the fowls of Paradise. If one
of them meets his father (or he said his parents) he would take hold of his cloth, or he said
with his hand as I take hold of the hem of your cloth (with my hand). And he (the child)
would not take off (his hand) from it until Allah causes his father to enter Paradise.  This
hadith has been narrated on the authority of Tamim with the same chain of transmitters.
And he is reported to have said: Did you hear from Allah’s Apostle (peace be upon him)
anything which may soothe our heart in our bereavements? He said: Yes.

Allah’s Messenger (peace be upon him) said, “One who treats badly those under his
authority will not enter Paradise.” He was asked whether he had not told them that these
people had more slaves and orphans than any other, and replied, “Yes, so treat them as
generously as you treat your children and give them food from what you eat.” They then
asked what benefit they acquired from the world, and he replied, “A horse which you
equip for riding it to fight in Allah’s cause, and a slave who serves you sufficiently; and
when he prays he is your brother.”  Transmitted by Ibn Majah.

Allah’s Apostle said to us while we were in a gathering, “Give me the oath (Pledge of
allegiance) for: (1) Not to join anything in worship along with Allah, (2) Not to steal, (3)
Not to commit illegal sexual intercourse, (4) Not to kill your children, (5) Not to accuse
an innocent person (to spread such an accusation among people), (6) Not to be
disobedient (when ordered) to do good deeds. The Prophet added: Whoever amongst you
fulfill his pledge, his reward will be with Allah, and whoever commits any of those sins and
receives the legal punishment in this world for that sin, then that punishment will be an
expiation for that sin, and whoever commits any of those sins and Allah does not expose
him, then it is up to Allah if He wishes He will punish him or if He wishes, He will forgive
him.” So we gave the Pledge for that. (See Hadith No. 17, Vol. 1)

Allah’s Apostle kissed Al-Hasan bin Ali while Al-Aqra’ bin Habis At-Tamim was sitting
beside him. Al-Aqra said, “I have ten children and I have never kissed anyone of them.”
Allah’s Apostle cast a look at him and said, “Whoever is not merciful to others will not be
treated mercifully.”

The Apostle of Allah (peace be upon him) came to some children who were playing: He
greeted them lovingly.

Sahih Al-Bukhari Hadith 7.848 Narrated by Ibn Abbas
When the Prophet arrived at Mecca, the children of Bani ‘Abdul Muttalib received him. He
then mounted one of them in front of him and the other behind him.

Sahih Al-Bukhari Hadith v8 #64 Narrated by Anas (when mentioning his childhood)
I served the Prophet (sallallaahu ‘alaihi wasallam) for ten
years, and he never said to me, “Uf” (a minor harsh word
denoting impatience) and never blamed me by saying, “Why did
you do so or why didn’t you do so?”

I prayed along with Allah’s Messenger (peace be upon him) the first prayer. He then went
to his family and I also went along with him when he met some children (on the way). He
began to pat the cheeks of each one of them. He also patted my cheek and I experienced a
coolness or a fragrance of his hand as if it had been brought out from the scent bag of a
perfumer.

We should keep the following hadith in mind when dealing with children:

The Prophet (peace be upon him) said to me, “O A’isha, be gentle, for gentleness has
never been used in anything without beautifying it; and it has never been removed from
something without debasing it.”