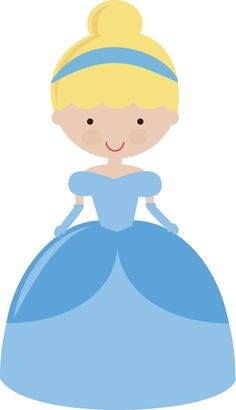 Yesterday, as she was sitting quitely in her car seat, my daughter bursted out with a rather worried voice: “I am trying and trying to be like Cinderella, but I can’t!”

I looked at my husband, shocked, panicked, and devastated by her remark…

Since she was born we tried our best to keep her away from Disney characters, particularly the so-called princesses. Why? For a variety of reasons that have to do with Disney (I explain these in other posts on Disney). Particularly for the princesses: I do not want my daughter to look up to someone whose only accomplishment in life is to ‘get’ a guy to kiss her! These princesses have nothing better in life but dress up, look pretty and find a prince. What role models do we present our daughters with? The prince’s looks are emhasized too, but at least he happens to be a knight or have some other heroic characteristic.

When girls want to be like a princess, it only entails looking pretty, wearing a fluffy dress, puting on a tiara, and charming a guy…etc.

I want my daugther to look up to Fatema, the daughter of Prophet Muhammad, or Aisha or Khatija…. Or Mother Theresa…. not some barbie doll that breeds anaroxic adolescents!

So you can imagine our horror when our daughter said she is trying so hard to be like Cinderalla but is so upset that she cannot be like her!

I took a deep breath and explained to her: “You what would be really amazing? Being like Fatema, the daughter of Prophet Muhammad. She was a very smart woman, mother of two great kids, an amazingly good person helping everyone around her…. It would be fantastic if you could try to be like her. That’s why we named you Fatema!”

Our daughter, who is the typical defiant toddler who is increasingly harder to reason with, just said: “Hmmm, alright, I will try!”

Pewww… A though moment handled well. But it left both me and my husband with a sense of helplessness. Despite all our efforts to raise her in the most natural and healthy way, she is still exposed to this nonsense. Well, we realized that we would not be able to keep her away from it totally (nor did we want to, since isolating her completely is not desirable), and that she would see these figures, hear about them from her friends…etc. But we were still shocked that she was exposed to their influence to this extent – that she was so impressionable and the little exposure made her want to be like Cinderella…

At the end, we came out of this incidence with more enthusiasm to provide alternative role models with her. I am searching for children’s books on Fatema and Aisha now!