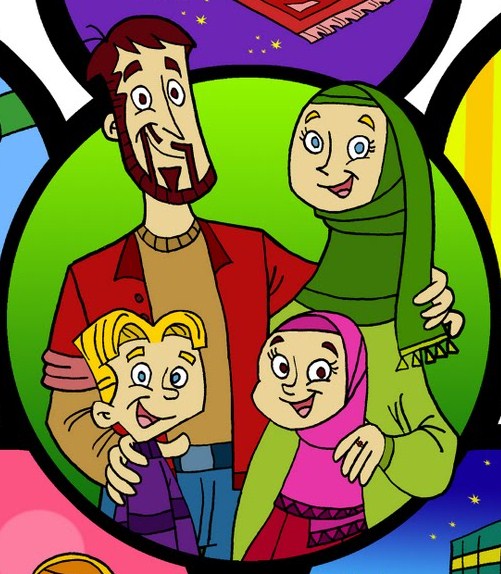 I don’t know if what I am about to write applies to others out there. My guess is it does…

I am 30 and have a 3,5 year old daughter. Since she was put in my arms at the hospital, I have felt so scared, anxious, worried…. that I don’t know what I am doing as a parent. Nothing about parenting, I thought, was coming to me naturally. Every women since the dawn of time breastfed. Nothing was supposed to be more natural than this. But no! Not for me. I had no ‘intuitions’ about what to do when my daughter cried as a newborn (and you know how terrifying it is when they scream till they turn blue). Very soon, I came to the conclusion that I am simply not cut out to be a mother. I convinced myself that people are created in all forms and shapes, with all sorts of abilities. Motherhood was simply not one of my fortes.

And so I struggled with it all for days, then weeks, then months… My daughter is 3,5 now and to my pleasant surprise she is a normal child (as normal as they come that is!). I experimented, I still do, as I went along, but she turned out to be alright.

But recently I had an epiphany — there was nothing wrong with me. I do not lack any  motherly qualities that are supposed to be in my genes. Because they are NOT programmed in our genes !!!

I mean, yes femininity and all that comes with it is in our genes, and as far as I know, I do carry the two Xs… But all the rest: how to raise a child, how to care for a newborn, what to do when a baby demands 24 hours of your time and there is no more ‘you’ anymore…. is all LEARNED.

And guess what? I was NEVER taught any of this. I was the last of four kids, born 7 years after the third child. We did not have a large family, so there were pretty much no babies in my extended family as I was growing up. I do not recall even holding a baby or being around a baby for more than 5 minutes.

I was raised to be successful at school, to get a good degree and hold a prestigious job. That WAS my duty and sole purpose in life, as far as I knew. Every decision that was given by my parents on my behalf (when I was younger) revolved around accomplishing these goals. Everything else was secondary. Or to be more precise, there was nothing else on the agenda. I do not remember my father even mentioning the word motherhood in relation to me in a sentence! Of course, he knew one day I would get married and have kids. I am sure he wanted to have grandkids, but the issue was simply ignored.

Expectedly, when I became an adult, none of the decisions I made had taken into consideration that I might be a mother one day. I pursued graduate school – did not think about how many years it takes to do a phd and if I would want to or need to (biological clock) have kids during the phd. I chose a topic that required extensive field work in a foreign country – opps, did not consider the possibility that I might want to have a child, and then what? It did not cross my mind even once when starting graduate school on the path to be a professor how the lifestyle, work hours…etc. of this occupation would impact motherhood…

So literally it was only when I decided I wanted to have a child, that a child factored into any of my life decisions. And then of course once you are pregnant, you feel like a truck has hit you! Aha! You cannot make even a tiny decision without taking your child into consideration. I mean ANY decision: like I feel like having ice cream now- oh but wait, my daughter is sick, if she sees me eating it, she will ask for it too, so I better not have any either… Or going to the restroom! All the mothers out there, you know what I mean…

So why was the concept (and reality) of motherhood absent from my upbringing and my adult life? Is it not important at all that we do not have to think about it? Is it that shameful that we need to act as if it is not going to happen?

I feel that this is a terrible side-effect of feminism.

Yes, you heard me right. I take feminism with a grain of salt  (a HUGE grain in fact). For all the good that it brought for us women, it took away a lot too. For one, it tainted the concept of femininity. At its inception and a long time thereafter, feminism sought to make women like men. So everything feminine (including motherhood) was seen as inferior, and only if we could be like men, women then thought, could we be equal, better, superior.

How insulting and how pitiful. To deny who you are to be someone else is the most embrassing acts for a human being and the most futile too.

Thank God, after a few decades, feminism took turns to what it has become today- we are women, we demand to be accepted as women, respected as women, treated equally as women. We can be as successful in the work place, while taking  break to pump or go to the childcare center to nurse our babies. We can be as professional as mothers without having to act like we are robots (leaving our family lives at the doorstep of the workplace). We can be terrific partners, mothers, sisters, daughters, and contribute to society and be active players in the workforce.

Yes, where feminism is today is much more promising than how it began. But the harm was done during the decades of bashing motherhood and any role remotely domestic.

Me and all the women in my generation are live testiments to this side-effect. None of my friends, who are all around 30, have kids yet (despite the fact that before 32 is the best time biologically to have a baby for our and our kids’ health). And I doubt that their experiences and knowledge about motherhood or how much motherhood factored into their short- or long-term plans differs much from me.

I feel perhaps one of the reaons why postpartum depression is so much more common these days is the very fact that we literally feel like a truck has run over us once we have a baby. Nothing, and I mean nothing, in our life prepares us for this.

Sometimes when I realize that I am doing less than what I could be doing as a mother (or not as good as I could be), I feel a terrible sense of guilt: my daughter, who had no part in this, is the one who is most affected from this situation.

Thank God though that despite the lack of ‘nurture’ I should have gotten into motherhood, ‘nature’ is kicking in and our intuitions and inner abilities start picking up as we face the challenge (and the beauty) of motherhood…

I embrace my role as a mother and try to cherish my 3,5 year old daughter’s motherly feelings when she wants to ‘take care’ of a baby she sees. I intend to allow her and even encourage her to develop these senses as she grows up. She can still work on becoming a firefighter (that is her dream job these days!) and raise her babies 🙂