When Play is Work 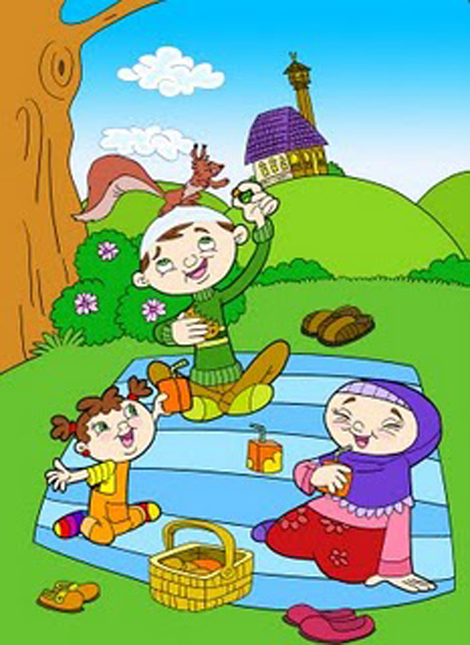 Is it possible that, with the best of intentions as loving parents, we are hurting our children during their early years by foisting upon them formal academic learning?

Our religious teaching clearly advises us to let our children play for the first seven years. Yet, most American Muslim children are in 1st grade in a public or private school by the age of six, having first spent a couple of years in pre-school programs designed to prepare them for 1st grade. Is it possible that pushing a child into academics – language arts and mathematics – at such an early age will stunt that child’s spiritual growth and damage the little one’s emotional well-being?

Western child-development psychologists have long understood that requiring children to perform academically at too early an age interferes with their emotional development. In Islamic thought, the heart is known to be the seat of the emotions and one is counseled to make one’s heart sound; the reward being Paradise. Are we, then, damaging the ability of our children to develop a sound emotional foundation – and therefore a sound heart – by thrusting them into formal academic learning too early? In our well-intended efforts to provide our children with a head-start, are we neglecting to provide them with a heart-start?

The Benefits of Play

It has been conventional wisdom that play is the work of young children. During the first five years of life, a child lives – and plays – in a world where the real and the imaginary are united. Between the ages of five and seven this unification begins to split and the child gradually leaves this real-and-imaginary world, and begins to enter the age of reason. Around age seven, this split is complete and the child is now able to distinguish the real from the imaginary.

Having entered the age of discernment the child can determine right from wrong and is capable of moral responsibility. According to the Islamic understanding of child psychology, punishing a child prior to the age of seven for doing wrong serves no purpose because the child does not have the intellectual capability to understand right from wrong. Until the age of seven, a child sees any punishment as an injustice, and no matter how slight or severe the punishment, it is likely to leave emotional wounds.

Those early years are crucial for laying a strong emotional foundation that will serve them well throughout their life. And play is one of the means through which children build such a foundation; other means include, of course, a safe and nurturing home environment, healthy adult role models, and the absence of childhood trauma. It is through this time spent in play that children develop a host of skills that are essential for a successful life: creativity and imagination, empathy, the ability to work and get along with others, the art of negotiation, as well as self-control and self-discipline.

Take, for instance, the make-believe games children play. They can literally turn a stick into a spirited horse, a box into a glorious castle, or a beat-up rag doll into a royal princess. If you tell a child, “No, that’s a stick, not a horse!” the child may grow angry or feel confused. That stick is as much a horse to the child as a real horse is to an adult. It is through such make-believe games that children develop their imagination and creative processes. Without that, they will not be able to think well in the abstract or mentally grasp more complicated concepts and ideas as they grow older. All higher thought processes are dependent upon a strong imagination and sense of creativity.

Games played in childhood also help children develop their ability to empathize with others. In order to understand how another person feels or have compassion for that person, we must first learn to walk in their shoes. That is exactly what a little girl is doing when she pretends to be a mother, a doctor, or even a queen. It is what a little boy does when he pretends to be a father, a knight, or a fireman. They are taking on the identity of another human being, imagining what it is like to think, feel and be that person. Playing these games over and over again develops the child’s ability to feel and identify with another person’s experience, eventually helping them grow into an empathetic adult.

Empathy, or the ability to feel another’s suffering, is a virtue that is angelic in nature. The more empathy one possesses, the more one is able to embody the Prophetic example of mercy, compassion and an unconditional love for all of humanity. The absence of empathy renders a person capable of committing the most heinous acts against another human being, crimes that would be considered demonic. It is worth noting that studies on serial killers show that play time was often absent from their childhood experience.

Learning to play with other children of varying ages is essential to developing strong social skills. By the age of four, children begin to make up goal-driven games that they can play together such as pretending to be pirates who are hunting for a pirate’s chest. They decide what kind of a game to play, they determine how the game will be played, and they decide the role of each player. Before the age of seven, children are usually unable to remember the rules they had invented and agreed upon so they each play according to their own interpretation of the game. Their main concern is not the game itself; what they want is for everyone to enjoy playing together. What a beautiful thought! In a wholesome play environment children are able to develop good social skills because playing games together requires them to make compromises, to negotiate their roles and the rules, and to learn to lead and to cooperate when being led. And they acquire the quality of patience when the game is not being played exactly as they hoped. Joseph Chilton Pearce, the author of child-development books, says that if you want to know what kind of an adult your child will become, observe how he plays with other children.

For children, there is also a tremendous therapeutic value in the games they play. It is one of the means for resolving childhood conflicts and traumas. When adults face emotional conflicts or traumas, we turn to a trusted friend, family member, or even a therapist. Children do not have the intellectual capacity to understand feelings and experiences, so they process them through play. If a child witnesses a violent act, it will often show up in the games they play. They might repeatedly act out the violence until they are able to resolve the conflict or at least pacify it at the emotional level. If the mother and father fight, upsetting the child, he might re-enact this scene through imaginative play. Conflicting feelings and emotions are resolved through the process of play, unless they are so traumatic that the child simply shuts down. A sign of recovery, then, would be the resurgence of play.

A lot of parents feel compelled to replace their child’s early years of play with more structured play and work at a pre-school or kindergarten program, partly out of a belief that children will fall behind academically if they don’t start early, learning reading and mathematics.

That is a myth. Again, Pearce says that at the age of seven, almost to the birthday, a child’s intellectual ability to learn increases dramatically and that is when they are ripe for the training of the mind. It will take a five-year-old child a year to learn how to read three-letter words, and even then he will have little, if any, comprehension. A child who has reached the age of what Charles Van Doren calls “reading readiness,” can learn to read in a matter of days or weeks and comprehend and enjoy what he reads.

In pushing children into formal education too early, we are hindering their emotional development – and that is a pre-requisite to developing a strong moral character. “The emotions are, in fact, in charge of the temple of morality,” wrote Jonathan Haidt, a psychology professor at the University of Virgina who developed the Moral Foundations Theory. And author and psychologist Daniel Goleman, in his book, Emotional Intelligence, demonstrates how a higher degree of emotional intelligence corresponds to a higher sense of morality, and how it is a far greater indicator of a potential for living a successful life.

When we consider our spiritual journey, and what God asks of us and the behavior our Prophet, peace be upon him, urges us to emulate, we see that our daily life is replete with moral choices we must make, starting with arising from our slumber for our morning prayer. Throughout the day, we must choose to set aside whatever we are doing so we can perform our five prayers on time. We also make moral choices when we forgive people who have wronged us; when we honor our commitments and our word even when it is inconvenient to do so; and when we make time to visit the sick or help a neighbor on a busy day. A strong moral fiber which allows us to make the right choices begins with a strong emotional foundation when we are children. It is imperative that we not neglect to place emphasis on a healthy emotional development for our children at an early age; if we do, we run the risk of them not growing up to be compassionate, honorable and upright adults.

Children enter this world in a state of purity, or oneness with God. They are like a blank slate that begins to get filled during the first seven years with character and personality traits. But every child is born with a God-given nature that also has the potential for spiritual impurities of the heart. Most of us cannot avoid diseases of the heart, such as pride, envy, anger, sloth, greed, gluttony or lust, for they are a part of being human. But the degree to which we suffer from, and the degree to which we have the ability to resist these “deadly sins” seem to be in direct correlation to the soundness of our emotional development during our first seven years.

Instead of placing our children in preschool and kindergarten programs before they are emotionally prepared, instead of trying to teach them reading or mathematics long before they are developmentally ready, might it not be better to serve our children – and our God – by keeping them at home with us, by reading beautifully written stories from the past to them, and by letting them play as their little hearts so desperately need and desire?